Guest at the traditional concert hall: C. Bechstein at the Musikverein Vienna

A C. Bechstein grand piano was heard at three concerts and one master class.

Millions of music lovers all over the world know the Musikverein Vienna as one of the most traditional concert halls, in which artists of the highest rank perform. We are very pleased that in June a C. Bechstein grand piano was heard at several concerts and a master class by renowned pianists.

Altenberg Trio Wien
The Altenberg Trio Wien is one of Europe's most renowned chamber music ensembles and has a regular concert series in the Vienna Musikverein. Due to the Corona crisis and Austria's early response, its latest concerts in the 2019/20 concert season were cancelled, but the ensemble also was one of the first opportunities provided by the Musikverein to play an official concert in June. There were elaborated restrictions in place to ensure the safety of all participants, i.e. the performers, Musikverein staff and the audience. On June 25, 2020, the Altenberg Trio Wien finally came back to the concert stage with a chamber music recital that also included a world premiere performance by Austrian composer Kurt Schwertsik. The composer was present during the preparation for the concert and was delighted to finally hear his work performed by such an eminent ensemble.

C. Bechstein is proud to have provided a brand new concert grand D 282 for the occasion. The ensemble's pianist, Christopher Hinterhuber, has already been part of a close working relationship with Bechstein, when we organized a charity online recital that contributed to the emergency fund during the Corona crisis. The Carl Bechstein Foundatio donated a substantial amount of money in order to support students of the MDW, the Austrian music university in Vienna where Christopher Hinterhuber works as a professor for piano.

The chamber recital has been recorded by the ORF, Austria's public radio station and the recital will be broadcast on July 16, 2020. You can all enjoy the fabulous music and sound of a C. Bechstein concert grand online here.

Konstantin Lifschitz and Alexei Volodin - Masterclass and Concerts in the Vienna Musikverein
The International Piano Foundation Theo and Petra Lieven of Hamburg has established a series of masterclasses with renowned pianists and selected student that has an extraordinary underlying concept: Two teacher, two students, two classical masterpieces. The pieces are in turn played by each of the students and taught by the two teachers in an encompassing scope of all aspects of the music in question. In June this year it was Rachmaninoff's 2nd piano concerto and Scriabin's 5th piano sonata that filled the teaching programme and Alexei Volodin and Konstantin Lifschitz honored this event by playing two different recitals in the evening in the Vienna Musikverein.

Both pianists concluded that from a concept point of view it would be an interesting experiment to work with two pianos by different manufacturers - in this case a concert grand by Steinway & Sons and C. Bechstein. Meticulously prepared by Bechstein's eminent technician Roland Zinniker, who lives in Vienna and knows every detail of both the hall and the pianos, the two concert grands were used in turn by the two pianists in the first recital that featured all of Rachmaninoff' Preludes for solo piano. The first half of the programme saw Konstantin Lifschitz on the C. Bechstein and Alexei Volodin on the Steinway, whereas they switched seats after the small intermission with Alexei Volodin now playing the Bechstein.

It was an extremely pleasant surprise for the audience to hear two different concert grand pianos in one recital and when the pianists finally played an encore together on the two pianos, it became clear how nuanced and yet well blended those two pianos sounded to the audience. They ended the recital with a movement from Rachmaninoff's firsts Suite for Two Pianos and the audience enjoyed a masterful evening with two really outstanding pianists and pianos. 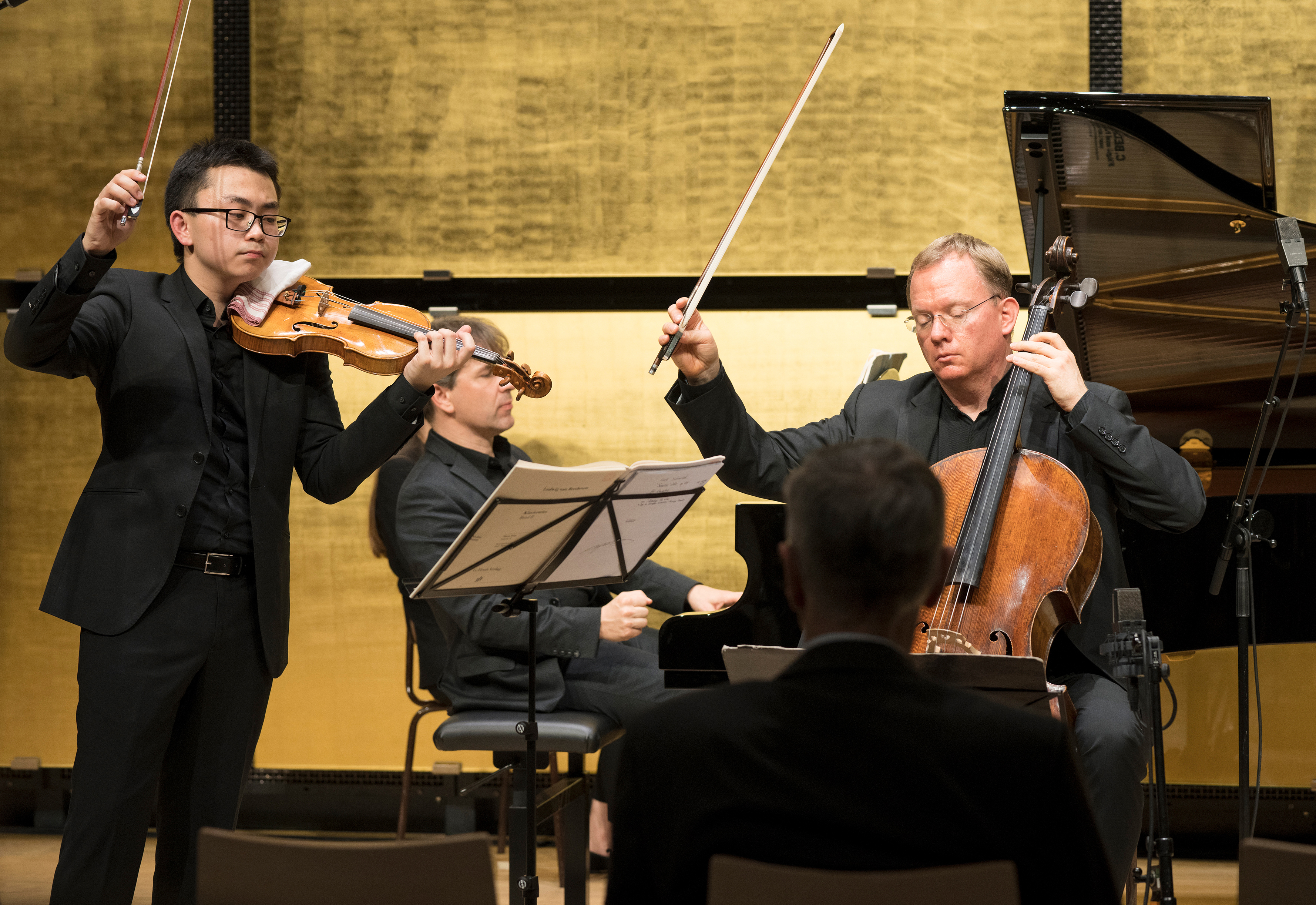 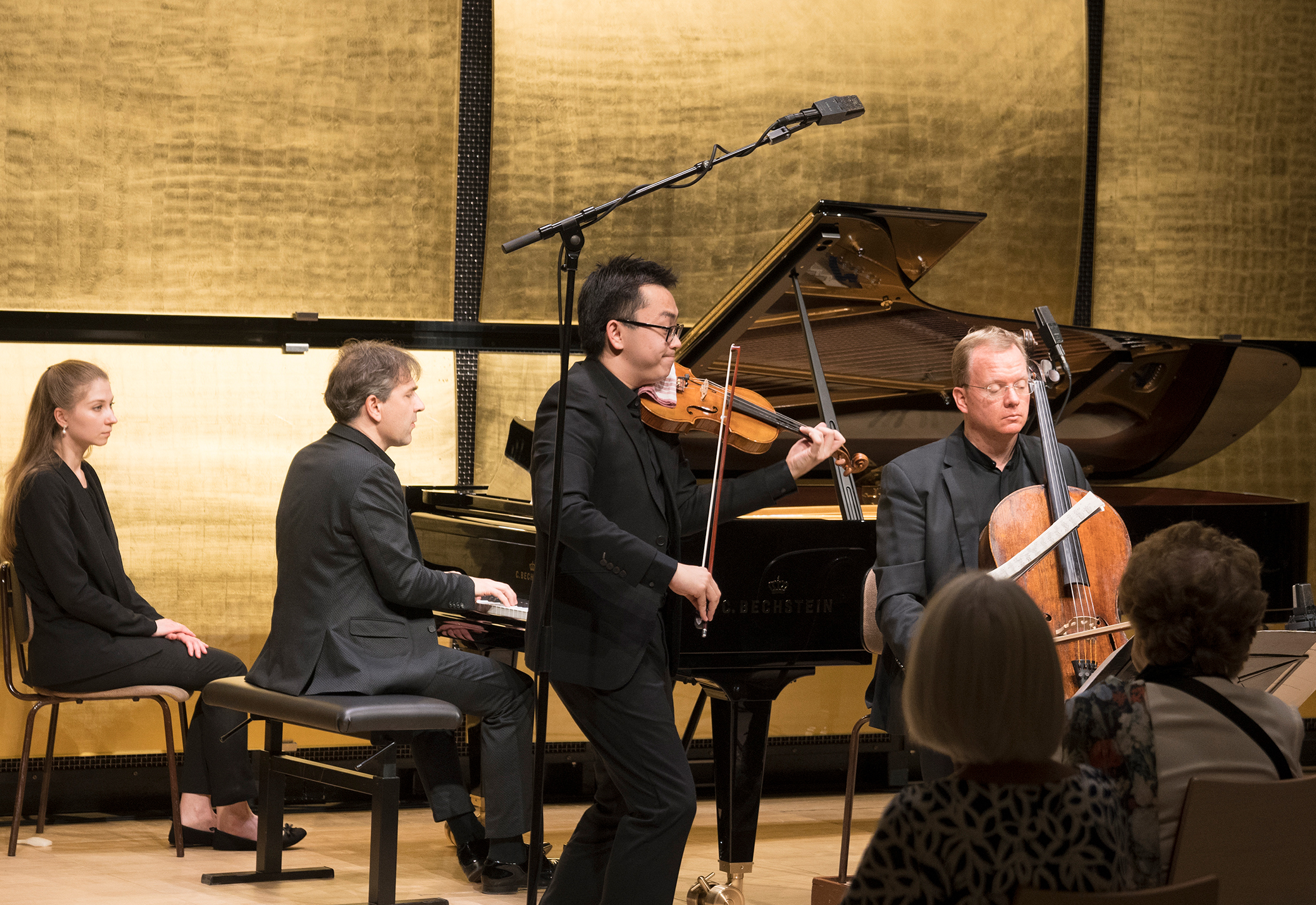 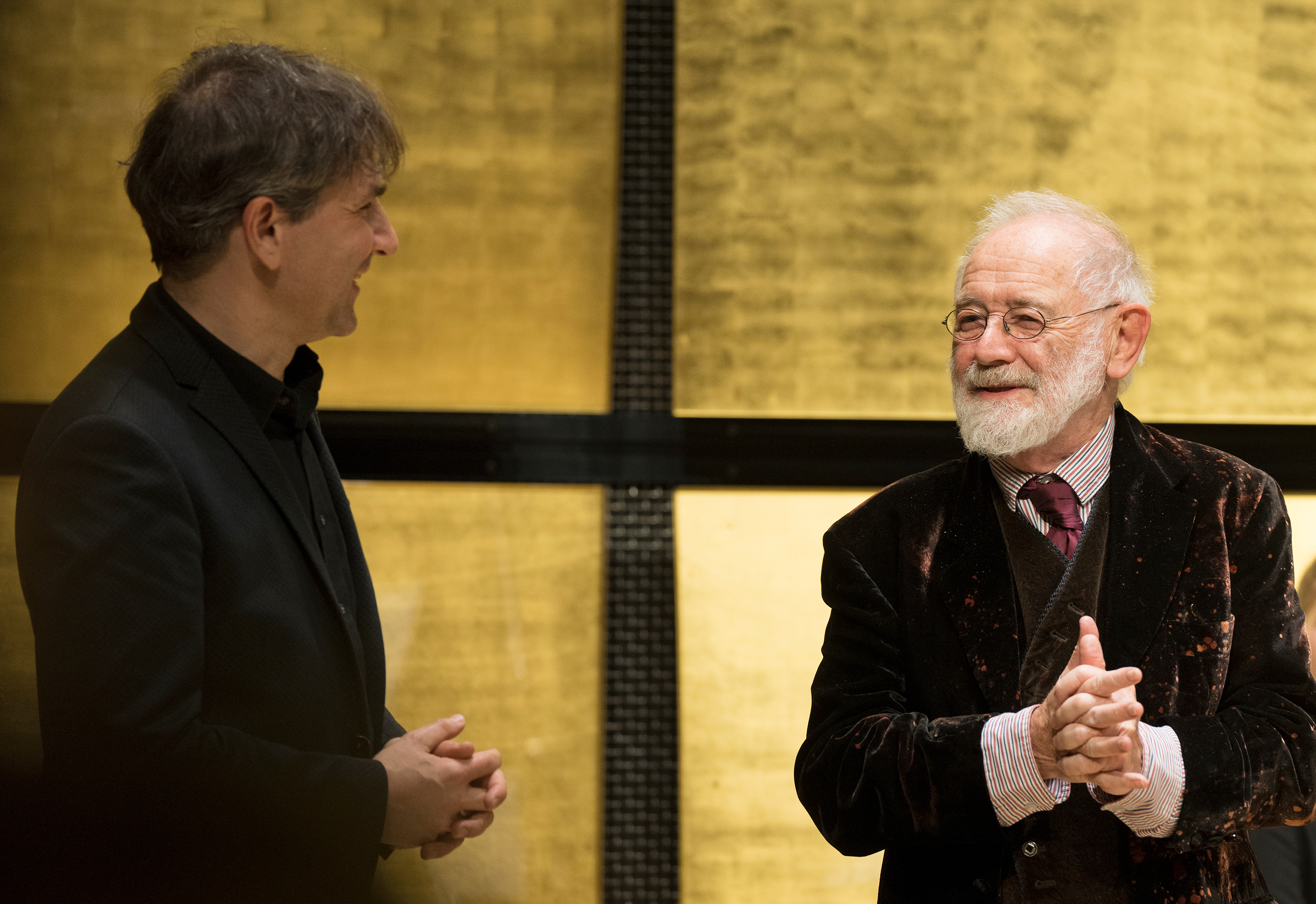 Christopher Hinterhuber, pianist of the Altenberg Trio Vienna, greets composer Kurt Schwertsik at the world premiere on the stage of the Vienna Music Association. 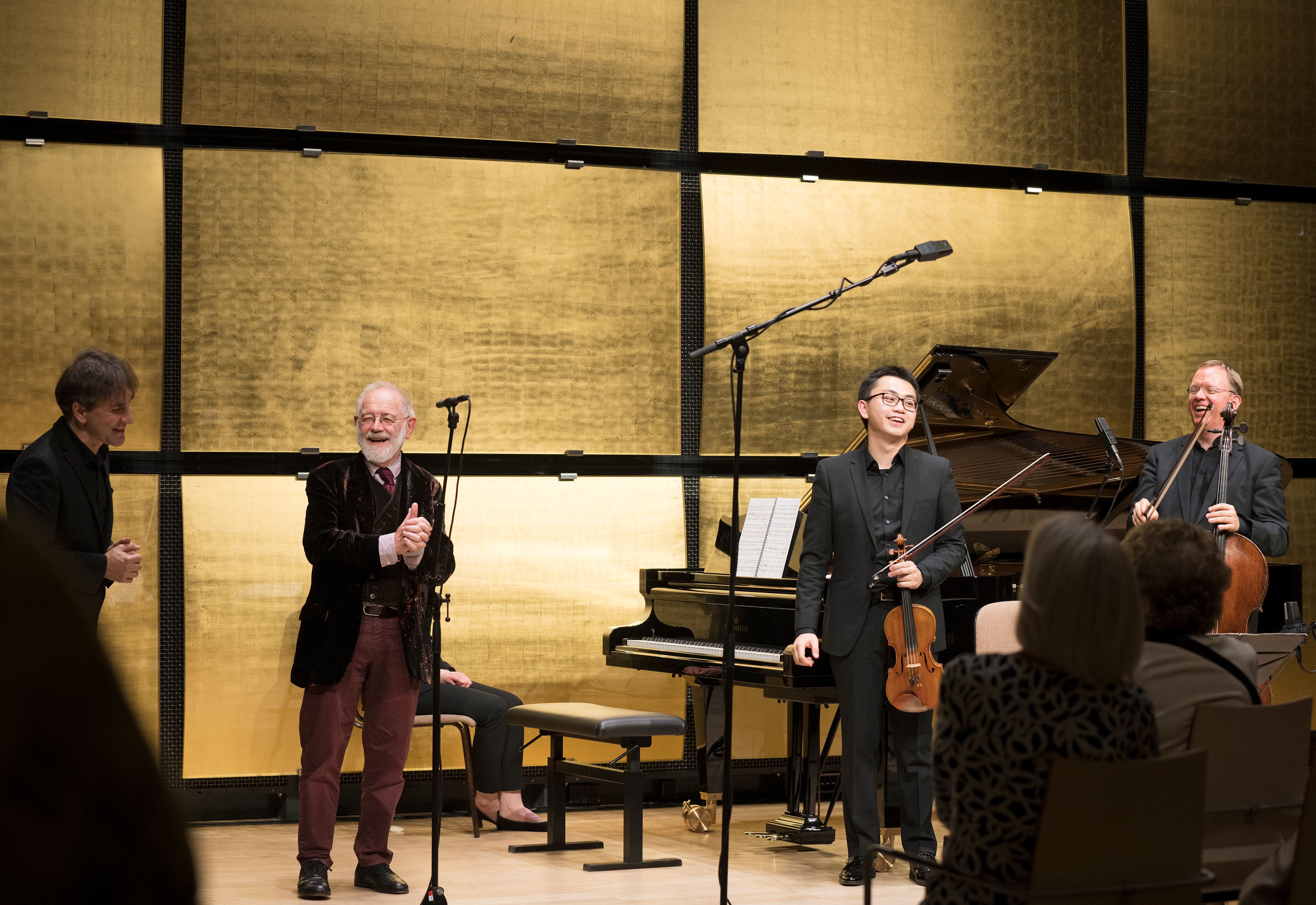